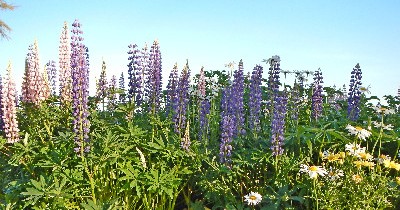 OBBFHA Annual Meeting - Our annual meeting went off without a hitch on July 31st 2021. The change of venue was initially an inconvenience, but later proved to be a blessing. The former VFW hall that we rented for this year’s meeting featured air conditioning, which was a wonderful change from previous venues.

Our featured speaker was Bernard Fishman, Director of the Maine State Museum. His presentation, 19th Century Maine in 3D, was unique, informative, and enjoyable. Elections: The main item of association business at the meeting was the election of new Executive Board and a new Board of Directors. The following persons were unanimously elected by a voice vote: President-David Putnam; Vice- President/Secretary-Renee Seiders; Treasurer-Deirdre Putnam. Board of Directors- Ruth Riopell, Dale Gunn, and Tracie Ott. Tracie is new to the board of directors, and I thank her for her interest and time.

The meeting for 2022 will be announced in the spring. 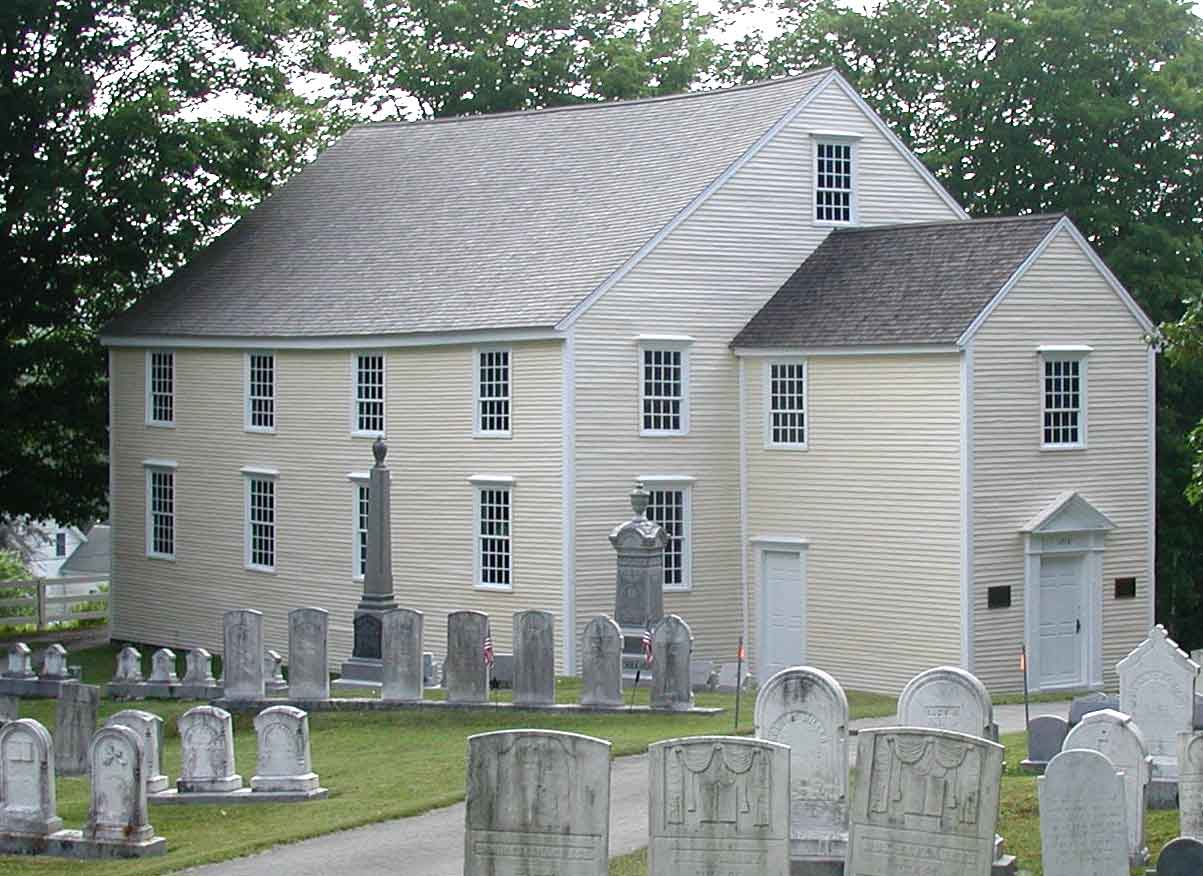 Old German Meeting House and Burial Grounds
The Ladies Auxiliary of the German Protestant Society will open the Old German Meeting House for their annual church service at 3:00 PM on the first Sunday of August each year. If possible, they will hold a reception after the service, and everyone is welcome to attend. Call (207)832-4421.

The photo is of the German Church (Waldoboro Meeting House), built in 1772.  Click on the image to get a larger view. 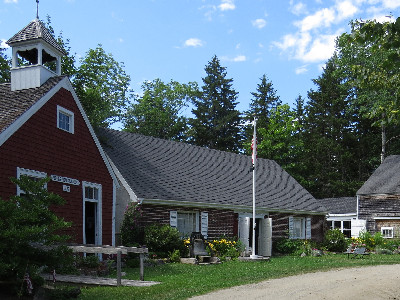 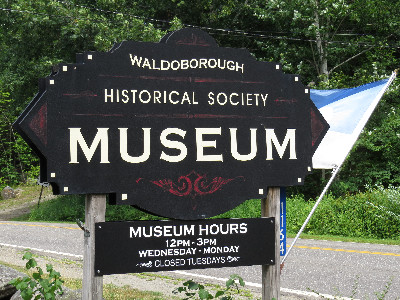 The Waldoboro Historical Society
Mission Statement: The Waldoborough Historical Society collects and preserves the history and historical artifacts of Waldoboro, maintains a facility in which to celebrate and study the history, and promotes the education of its citizens in that history so that present and future generations may build upon. Located at 1164 Main Street, Waldoboro, the Historical Society and Museum is a must see when visiting the area. It is also a good place to visit after the OBBFHA Annual Meeting. They have genealogical files on the various families of Waldoboro. Contact Jean Lawrence for further information on these files. - jeanlaw(at)roadrunner.com Visit their FaceBook page https://www.facebook.com/waldoborohistory/

We now have the ability to post photos submitted by members. There is also a place for a brief genealogy of some of the people in the photos. There is a folder for photos where the name is known and they are listed alphabetically by last name, first name, married name, and name of contributor.

There is a second folder with photos where the names are unknown and they show only the name of the contributor and image number. If anyone knows the names on any of these, please contact Fred Snell, webmaster. His email is fredsnell(at)gmail.com. Also if you have photos to submit, please contact Fred.

This is a good reminder to all of us who have boxes of old photos, please write the names and dates on them so future generation will know who these handsome people are.


OBBFHA Annual Meeting
Our 2019 annual meeting was held on Saturday, August 3rd. The featured speaker was Dr. Micah Pawling, Associate Professor of History and Native American Studies at the University of Maine at Orono. Dr. Pawling’s area of expertise is Native American and United States history. The title of his talk was "The Wabanaki Homeland: Waterscapes, Water Connections, and Waldoboro". He spoke about the history of Native American Tribes in the latter half of the 18th and 19th centuries in mid-coast Maine. He told that the native Wabanaki people used the network of rivers, lakes and, ponds to travel very effectively in the region. When the English and German settlers arrived, they used the same waterways to get around. A 1769 British naval map emphasized these waterways. Also, forts were built near the intersections of portages since these would be strategic locations sometimes far inland from the ocean. See the announcement above about the 2020 meeting. 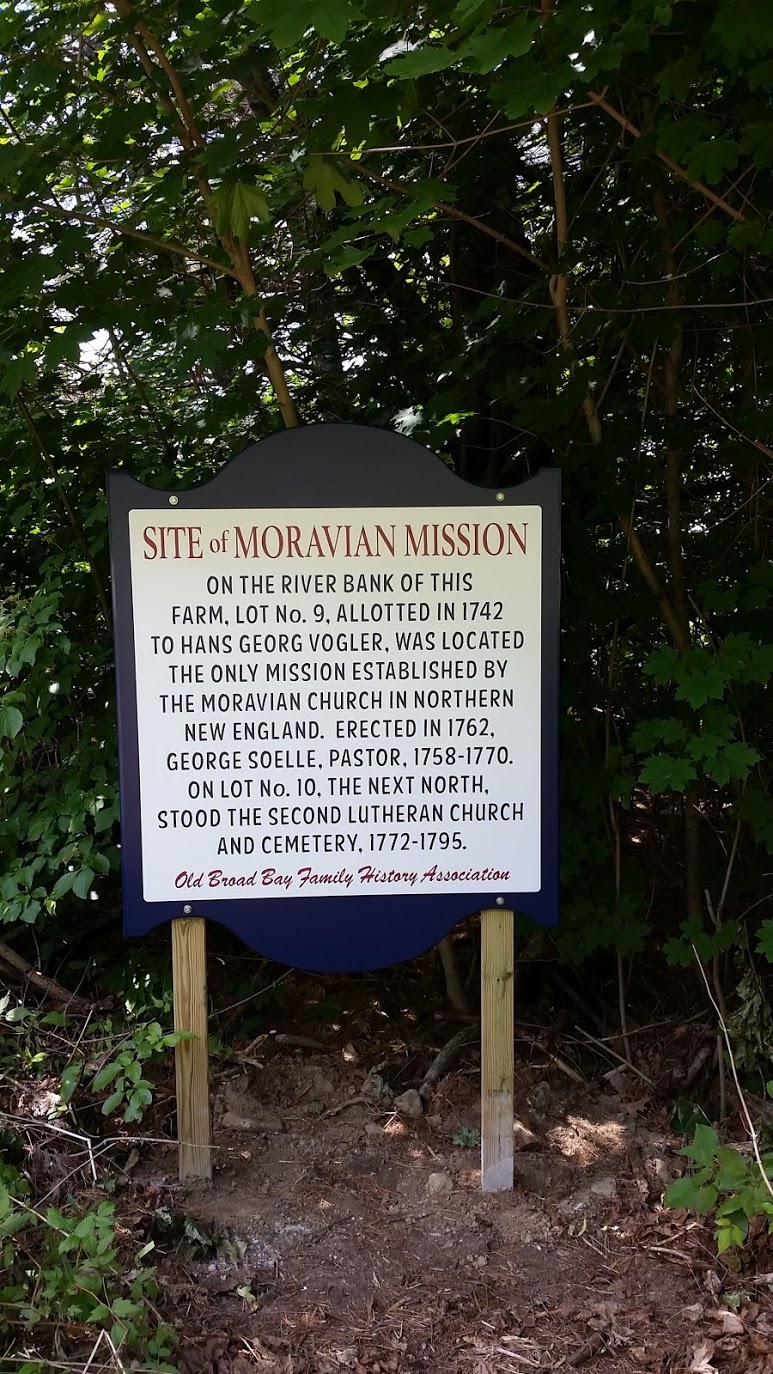 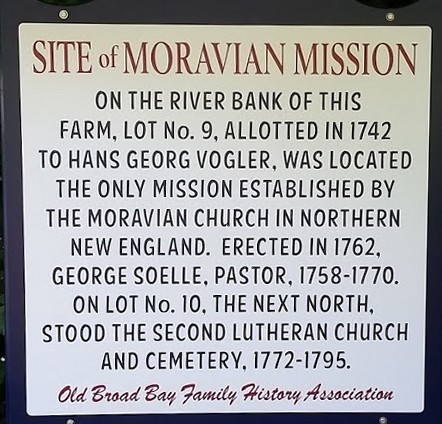 The 2016 Jasper J. Stahl Award did not go to an individual this year, but rather the money was used to purchase and erect a new sign marking the spot of the Moravian Mission on Friendship Road. The new sign replaced an older one that had fallen into disrepair, and the text on the new sign is the same as the text on the old sign. The members of the Moravian religious sect left Broad Bay during the late 1760's for Moravian religious settlements in North Carolina.

We receive several inquiries every year from descendants of the Broad Bay Moravians and many have traveled from far away to see the sign marking the location of their ancestors' first meeting house. We are justifiably proud of the new sign marking this historical location.